Sheldon Kennedy won a Memorial Cup, World Junior Gold Medal and skated for three teams in his eight-year NHL career. He is best known for his courageous decision to charge his Major Junior Hockey league coach with sexual assault for the abuse he suffered over a five year period while a teenager under his care. Through this disclosure, and the important work that Sheldon continues to do, he has become an inspiration to millions of abuse survivors around the world.

Sheldon has been instrumental in bringing governments, public and private sector partners together to work collaboratively to influence policy change and improve the way child abuse is handled. He has influenced changes in Canadian law and has taken his message to the International Olympic Committee and the US Senate.

Sheldon was Co-Founder of the Calgary & Area Child Advocacy Centre, the first-of-its-kind in Canada, offering full wrap-around services for victims of child abuse. He is also the Co-Founder of Respect Group, which provides empowering online abuse, bullying and harassment prevention education to sport organizations, schools and the workplace.

Sheldon’s awareness contributions are many:

– He in-line skated across Canada in 1998 to highlight the issue of child abuse and donated 100% of the proceeds ($1.2M) towards abuse prevention programs. During this skate he was presented with the keys to the cities of Ottawa, Toronto and Winnipeg.

– His life story was made into an Award Winning TV movie.

– In 2006 he published “Why I Didn’t Say Anything”; a riveting account of the many psychological impacts of abuse.

– He has shared his story through countless media appearances including Oprah, ABC’s Nightline, W-5, The Fifth Estate, and was named Canada’s newsmaker of the year in 1997.

– In 2016, Swift Current the documentary featured Sheldon’s story, providing a startling and never before seen look at recovery from childhood sexual abuse trauma.

Sheldon has received several awards for his tireless work including:

– Honourary Doctorate of Laws, University of the Fraser Valley, 2012 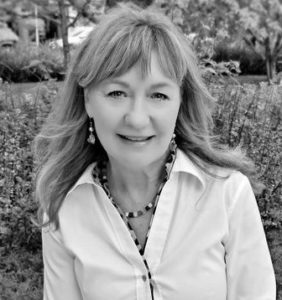 Pat Ferris has treated targets and perpetrators of workplace bullying for over 20 years and is now a noted expert in treatment of both. She has been active in researching workplace bullying from the organizational, target, and professional service provider perspectives for more than 20 years. Pat’s work has been published in top tier journals and she has three chapters in an upcoming Handbook on workplace bullying, two on treatment and one on policy development. She has been the Co-Convener, of the International Association on Workplace Bullying and Harassment (IAWBH) Therapist Special Interest Group (SIG) for almost a decade along with Evelyn Field of Bully Blocking in Australia. In this role, she guides international therapists on protocols for treatment. She has provided numerous Key Note and other educational presentations at IAWBH and other conferences and assisted in running the Therapist SIG day in the past four IAWBH conferences. Pat organized the first Master Class of the IAWBH in 2015 in Calgary, Alberta, Canada. The conference focused on the treatment of targets of workplace bullying.

Pat also has a long history in working with organizations to design and deliver interventions related to harassment and respect in the workplace. She has developed a model for organizational management of workplace bullying. She is often interviewed by the press as an expert.

Pat has a Masters degree in Clinical Social Work and a Masters and Ph.D. in Industrial Organizational Psychology. Pat lives and practices in Calgary, Alberta, Canada and consults worldwide to targets, managers, and Human Resources personnel.

Wayne McNeil was President of the Sheldon Kennedy Foundation, which raised over $1.2 Million during the 1998 Cross-Canada Skate to raise awareness for the prevention of child abuse, served as Chairman of the Alberta Gymnastics Federation for six years and served for 6 years as founding Board member of the Calgary and Area Child Advocacy Centre.

In 2007, Wayne was awarded the Canadian Red Cross Caring Award for his leadership in the promotion of violence and abuse prevention education. 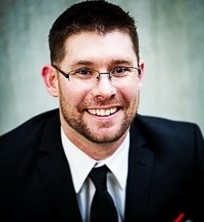 Cam Mitchell is the President of Kasa Consulting, and a founding partner of Audeng International. As a Health, Safety and Environment (HSE) representative, consultant, auditor, and speaker Cam has 15 years of experience, with varying levels of responsibility. His experience covers multiple industries including: Energy, Mining, Manufacturing, Construction, Utilities, Transportation, Retail, and Municipalities.

Cam became a CRSP (Canadian Registered Safety Professional) in 2015 and is a certified external COR* auditor for multiple certifying partners across Canada. He has personally conducted t for you.

Blaine Donais, B.A., LL.B., LL.M. (ADR), RPDR, C.MED, WFA. Is President and Founder or the Workplace Fairness Institute, and author of Workplaces That Work and Engaging Unionized Employees (published by Canada Law Book), and the WFI WHITE PAPER on Workplace Conflict Management in Canada, Blaine has spent many years improving working relationships in public and private sectors. He authored the Donais Fairness Theory: that Fairness Excellence can be measured and achieved in any workplace.

Blaine, a labour lawyer and member of the Law Society of Upper Canada since 1995, is an expert in both the practice and theory of assisted labour/management negotiation, mediation-arbitration and facilitation. He has the Chartered Mediator (C.MED.) designation from the ADR Institute of Canada, and is a Registered Practitioner of Dispute Resolution (RPDR) through the Canadian International Institute of Applied Negotiations (CIIAN).

The Art and Science of Workplace Mediation
http://workplacefairness.ca/workplacemediation.html

Sandra Clarkson is the Executive Director of the Calgary Drop-In Centre. With 25 years of experience working with vulnerable populations, Sandra brings a wealth of experience as an advocate for marginalized Canadians, a champion of community collaboration, and an expert in operational excellence.
Sandra’s vision is to create opportunities that result in long-term systemic improvements for citizens in need.

In addition to serving on several non-profit boards, Sandra has provided strategic planning, assessment and other management consulting services to non-profits through her own business, MSH Strategies Inc.

About the Calgary Drop-In Centre.

The Calgary Drop-In Centre (the DI) is more than emergency shelter. We provide essential care as well as health services, employment training, and housing supports to people who need help. Our programs and services connect people to permanent housing that meets their individual needs.

Rooted in community and fueled by kindness, the DI proudly serves as part of the Homeless-Serving System of Care. Learn more at www.calgarydropin.ca.

By leveraging strong facilitation and coaching skills, and a mediator’s toolbox of strategies and processes, Michelle can partner with you to help plan and execute programs of change in the areas of:

Michelle Phaneuf is a Chartered mediator, Certified Coach, Certified Psychological Health & Safety Adviser and trained Ombudsman who utilizes interest-based tools to bring awareness and empathy to manage difficult situations in a non-confrontational manner. Her background in engineering generates a systems-thinking approach which enables her to successfully analyse complex situations to acquire a comprehensive perspective.

Brad has an MBA from the Richard Ivey School of Business, University of Western Ontario and is a seasoned corporate consultant and advisor aligning people and teams within organizations to excel.

With a career path that focuses on organizational effectiveness and achieving high performance Brad has embraced the opportunity as Regional Director of the Respect in the Workplace Program at Respect Group for the last eight years.

Danica Kelly brings tremendous passion for organizational development and interpersonal relationship transformation to her role as Regional Director for Respect in the Workplace.

Decades of international experience in India, Australia and the US have made Danica keenly aware that people with different histories are prone to misunderstanding one another.  Unintentional slights, if unaddressed, ultimately cause resentment and dysfunction within teams. Danica combines a background in adult learning with professional training in mediation and as a Workplace Fairness Analyst. She currently consults organizations on how to enhance team effectiveness through respectful interaction.

Jennifer Murray is the Managing Director of Splash People Solutions, a consulting firm that customizes employee focused solutions for clients by leveraging current academic research and industry best practices to drive change. She has spent her career working on Human Resources and Organizational Effectiveness projects for the last decade. She recently joined the Calgary Drop-In & Rehab Center Society in August 2019 as the Interim-Director, Human Resources to lead the HR Transformation Project focused on empowering employees and enhancing their overall well-being. Jenn and her team at Splash have experience working with large and small teams in public, private and not-for-profit industries. She received her first bachelors degree from Queen’s University in political studies and economics and is currently completing a second bachelor’s degree in psychology at the University of Calgary. Jenn has served on the board of the CanLearn Society and actively volunteers with the Calgary Distress Center. When Jenn is not working or volunteering she is exploring the city or the mountains with her husband and family.