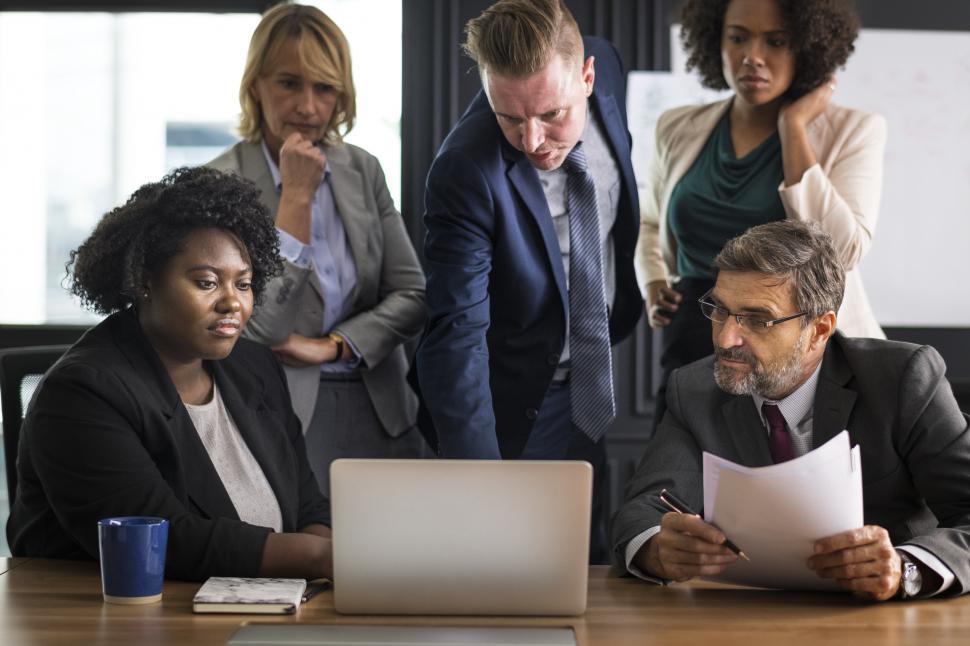 As close neighbours to the United States, Canadians are very aware of the political climate and recent conflict incidents that have erupted and intensified.  We recognize signs of polarization in our own provincial and federal politics; mounting anger, escalating behaviours, and all-consuming conversations focused on differing views.

These similar dynamics can show up in our workplaces in the form of group conflict – two groups in conflict with each other.  We can see the same behaviours exhibited and the recognize the same difficulty in dismantling the conflict and bringing both sides together.

We can look to Cognitive Bias to explain how groups become polarized.  A cognitive bias is a systematic error in thinking that occurs when people are processing and interpreting information around them.  Biases affect the decisions and judgments we make. The human brain cannot continually process all the information coming at us every day, so it tends to simplify for us. Biases often work as rules of thumb that help us make sense of the world and reach decisions with relative speed.  Let’s look at a few of the more common biases that often play a role in group conflict and political polarization.

Fundamental attribution error or attribution bias – Making conclusions about the person’s intention based upon your observation of the person’s behaviour.  The other side of that is knowing our own intentions are good so we discount the bad behaviours we may ourselves exhibit.  An example might look like us rationalizing our own behaviours – they provoked me or I wouldn’t have raised my voice.   Or, the other group is being difficult because they never agree with us.  We see this in our political arena also and it might sound like: Our governing political party has made a decision that impacts us negatively, therefore they are not working in our best interests.

Confirmation bias -The tendency to search for, interpret, favor, and recall information in a way that confirms or supports one’s prior beliefs or values. People tend to unconsciously select information that supports their views, but ignore non-supportive or contradicting information or interpret ambiguous evidence as supporting their existing position.  This is often how misinformation can spread or logical information that doesn’t support your own view can be ignored.  In our workplaces this can happen when we are selective in who we garner information from and in politics our social media feeds are based on selective information algorithms.

Affinity bias – Also known as similarity bias, is the tendency people have to connect with others who share similar interests, experiences and backgrounds.  In the workplace we recognize this in the creation of silo’s or groups working on similar projects and not taking time to find out what others are dong. When there are only two political parties as in the United States then you are either with us or against us; creating extreme polarization.

Conformity bias – The tendency people have to act similar to the people around them regardless of their own personal beliefs or idiosyncrasies. Or our tendency to take cues for proper behavior from the actions of others rather than exercise our own independent judgment. If our ‘group’ displays actions that we might not agree with we go along with it regardless. In the workplace this shows up as agreeing with those in our group regardless of our concerns – think NASA O-Ring disaster. A political example would be the Trump protestors who charged the capitol in Washington regardless of their belief of not causing harm.

We are all impacted by and exhibit cognitive bias. It may be easy for us to spot in others, but it is important to know that it is something that also affects your own thinking. Some ways to lessen our biases include;

If you are a part of a group in conflict or are trying to support groups in conflict keep the lines of communication open.  Here are some solutions to reducing polarization in the workplace and in our politics;

Each of us needs to work hard to ensure that polarization does not enter our workplace.  Whether we are a group member, a leader or a human resource professional we all have a role to play.  It takes time and energy to build self awareness, break down barriers and increase communication.  The results are worth it.

How Your Organization can Avoid the Great Resignation

Since the pandemic, US employees are leaving the workforce or switching jobs in droves with…

Our society has been in 'fear mode' for many months.  The amount of uncertainty and…

The Value of Emotions at Work

Some people think emotions should stay out of the workplace.  I think we are not…